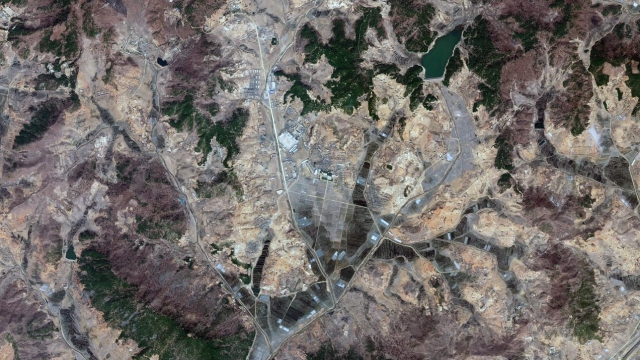 Researchers have found what they say is a secret operational ballistic missile base in North Korea.

It's reportedly one of about 20 undeclared missile operating bases in the country. That's all according to a report from Beyond Parallel, a self-described "nonpartisan and authoritative analytic" project that's sponsored by the Center for Strategic and International Studies.

The report comes ahead of a planned second summit between U.S. President Donald Trump and North Korean leader Kim Jong-un in February. The meeting is expected to take place somewhere in Vietnam.

Back in June, President Trump and Kim signed a vague denuclearization agreement. There has yet to be concrete evidence of North Korea disassembling its missile program.

Beyond Parallel's report said the ballistic missile base is one of the oldest out of the bases and may have served as the headquarters for a North Korean missile brigade, which is reportedly in charge of ballistic missiles.

In the past, the base has reportedly housed medium-range ballistic missiles and served as the operating base that, according to the report, "figured prominently in the historical development of the North Korean force."