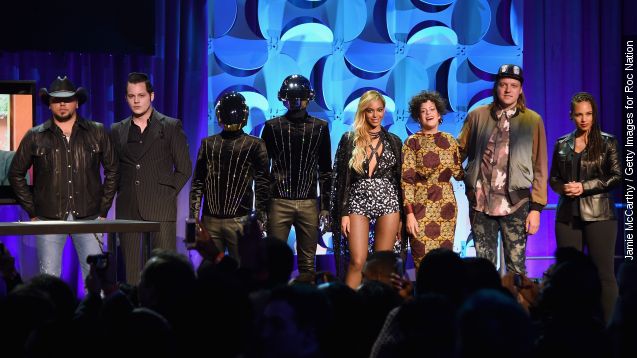 Looks like there are more shakeups for the new streaming service Tidal. After just three months at the helm, interim CEO Peter Tonstad has left the company.

This is just another hit to the company after a shaky rollout in March. Tidal is owned by Jay Z and a group of artists, including his wife — Beyonce, Madonna, Kanye West and Alicia Keys.

"For today we announce the launch of Tidal, the first ever artist-owned global music and entertainment platform," co-owner Alicia Keys said in the official launch ceremony in March.

The world of streaming has been in the headlines a lot recently as the way people listen to music has changed, and everyone wants in, including Apple and even Snapchat. That's all adding new pressures for companies.

Most of the controversy comes from drawing the line where artists get paid for music while still keeping the service affordable for consumers. According to Nielsen, Americans streamed 164 billion on-demand tracks in 2014, up from 106 billion in 2013.

Taylor Swift has battled both Spotify and the brand new Apple Music over what they pay artists to stream their music. She even prompted Apple to change its no-payout policy to artists during its free three-month trial period.

And that's where Tidal claims it's different. The company told Digital Music News it pays out almost 3 cents per stream to labels and artists. That's quite a bit more than the industry average of just half-a-penny per stream.

Tidal told The Wall Street Journal the company would be run by executives in New York and Oslo until a new CEO is named.