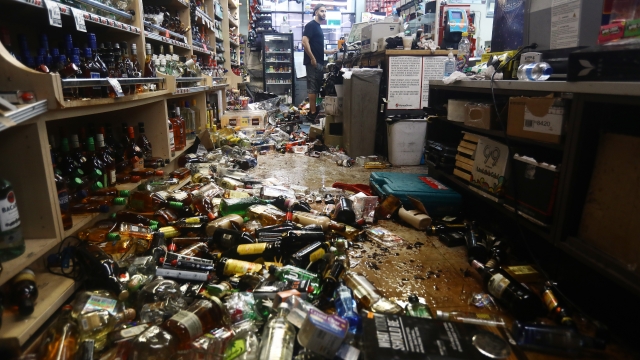 A 7.1 magnitude earthquake hit southern California Friday night. It's the region's strongest earthquake in 20 years — 11 times stronger and five times larger than the previous record-holder, which happened only a day before in the same area. Technically, that quake was a foreshock leading up to Friday's.

Since Friday's earthquake, there have been hundreds of aftershocks — an average of one each minute.

The quakes led to injuries, damaged homes and gas leaks that caused fires. The Kern County Fire Chief said that as of Saturday morning, there were no known fatalities.

He said, "Nobody was trapped, no major collapses that we know of, but we are out there searching."