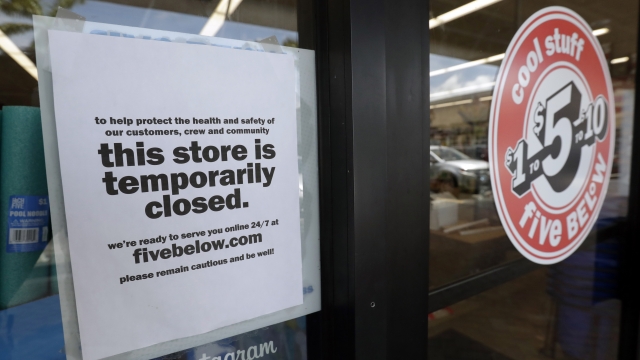 SMS
Second Round Of PPP Loaned $175 Billion To Businesses In A Week
By LeeAnne Lowry
By LeeAnne Lowry
May 3, 2020
2.2 million loans have been issued in this round, with an average size of $79,000.
SHOW TRANSCRIPT

The second round of the Paycheck Protection Program has loaned $175 billion to small businesses since it started April 27. And a third round might be ahead.

On Sunday, the Treasury Department and Small Business Administration announced that 2.2 million loans have been issued in this second round, with an average size of $79,000. Since the launch of the first round, the SBA has processed 3.8 million loans.

With the second round of $310 billion in funding, the Treasury reserved $60 billion for small lenders and capped borrowing at $60 billion per lender. The Treasury says half a million of this round's loans were made by small banks and lenders with less than $1 billion in assets.

Under PPP, loans are forgiven if the money is used to help keep employees on the payroll for eight weeks.

The president's top economic adviser Larry Kudlow told CNN Sunday that the administration might extend the program to a third round to give out more loans.

He said, "This has been an extremely popular and effective program, no question about it. You know, keeping folks on the payroll is so important."