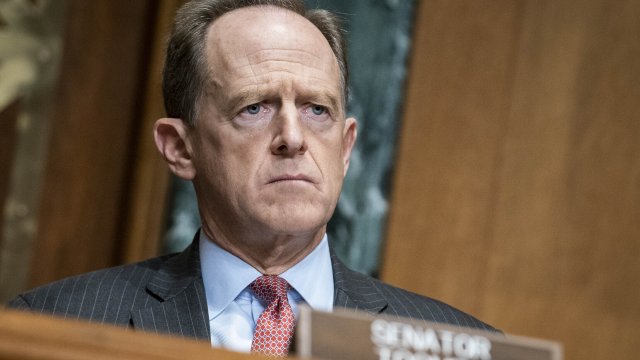 A second Republican senator is calling for President Donald Trump's resignation following the deadly riots at the U.S. Capitol Wednesday.

Pennsylvania Senator Pat Toomey told two news networks Sunday that he believes resignation is the only viable way for the president to leave office.

"The best way for our country, Chuck, is for the president to resign and go away as soon as possible," Toomey said. "I acknowledge that may not be likely, but I think that would be best."

"At this point, with just a few days left, it's the best path forward," Toomey said. "It's the best way to get this person in the rearview mirror."

Toomey said the president has committed impeachable offenses but that he doesn't think there's enough time or the consensus needed to complete the impeachment process.

The Republican lawmakers' comments come as House Democratic Whip James Clyburn said the impeachment articles could be on the House floor by Tuesday or Wednesday.

Another option has also emerged... the Senate could vote to prevent the president from ever holding office again. That would only need a majority vote of 51 senators compared to impeachment which requires two-thirds of the Senate to support a conviction.

Newsy is committed to keeping you informed on the latest developments as they unfold. Join us throughout the week for live, uninterrupted coverage of any moves Congress is making toward impeachment from the heart of Washington.