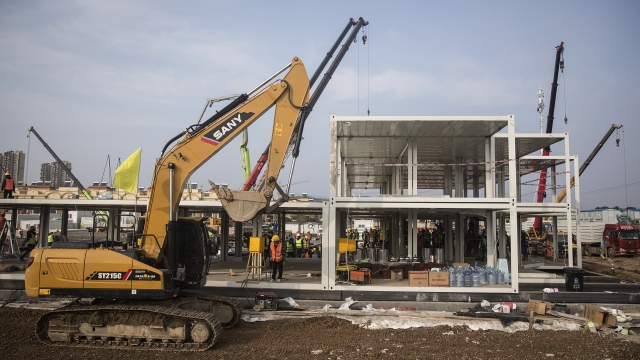 Another new hospital in Wuhan, China will soon open its doors to coronavirus patients.

It's the second makeshift facility being built to provide some much needed medical relief in the city — which is the epicenter of the deadly outbreak. The first new hospital, which has 1,000 beds, was built in just 10 days.

The virus has killed at least 492 people and infected more than 24,500 others. The majority of those cases are in China, but the virus has spread to dozens of other countries.

Health officials in China now say pregnant women could pass on the virus to their unborn children. This warning comes after two infants tested positive for the coronavirus. One was just 30 hours old at the time of the test.

Multiple countries have implemented various types of travel restrictions to keep the virus from spreading — including health screenings and even closing their borders to people from mainland China.

Tens of millions of people remain under lockdown in parts of China. Police there have reportedly been arresting people who've lied about traveling to areas where the coronavirus is rampant.