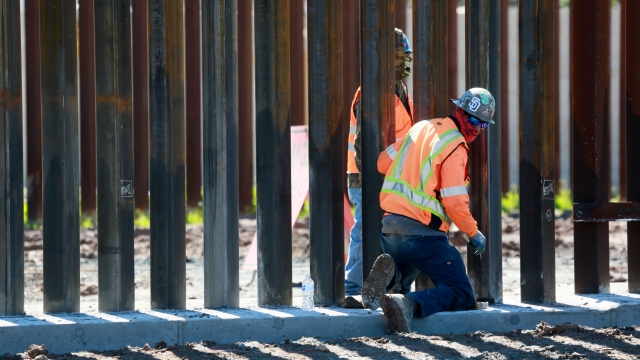 A federal judge in California ruled the Trump administration cannot use $3.6 billion in Pentagon funds to build more barriers along the U.S.-Mexico border.

First — a little background information. This reallocation of military construction funds was part of the national emergency declaration that President Donald Trump issued back in February.

The White House argued it could legally divert this money under a provision that gives the OK if the national emergency "requires use of the armed forces" and if the money is going toward a project that's "necessary to support [the] use of armed forces."

But in his ruling, the judge disagreed — writing that the border barrier projects are really being built to help the Department of Homeland Security curb illegal immigration. His ruling stemmed from two lawsuits filed by the state of California and the ACLU on behalf of the Sierra Club.

A judge in Texas issued a similar ruling in a separate case earlier this week regarding the same $3.6 billion. The White House already said it plans to appeal that ruling.