Second American Dies From The Coronavirus In Washington State 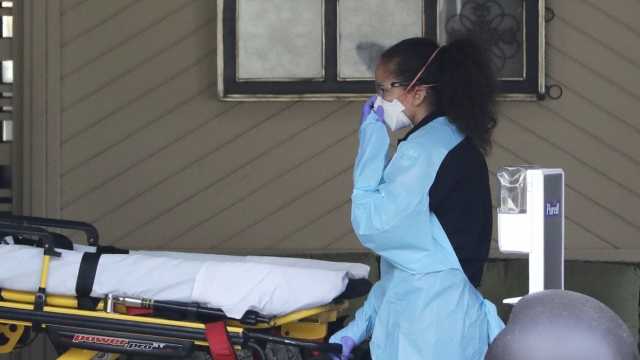 SMS
Second American Dies From The Coronavirus In Washington State
By Katherine Biek
By Katherine Biek
March 2, 2020
Health officials say the man who died was in his 70s and had underlying health conditions.
SHOW TRANSCRIPT

Two people in the U.S. died from the coronavirus over the weekend.

The two men — one in his 50s and the other in his 70s — both had underlying health conditions and lived in King County, according to Washington state health officials.

Their deaths mark the first fatalities from the virus in the U.S. New cases of the coronavirus were announced in Florida, Rhode Island, Oregon and New York on Sunday, bringing the total number of Americans diagnosed up to at least 89.

That total includes cases confirmed by the CDC and those that local health officials are presuming to be positive after initial tests.

Vice President Mike Pence reiterated on Sunday that the coronavirus continues to pose a low risk to Americans.

Still, the U.S. is ramping up its testing capabilities for the virus. The FDA is now allowing some hospital and commercial labs to use their own tests to screen patients before they're given the go-ahead by the agency.

And the government has shipped more than 15,000 testing kits developed by the CDC to health professionals around the country. Pence said the government has plans to send out another 50,000 kits soon. The CDC says each kit can test between 700 and 800 patient samples.