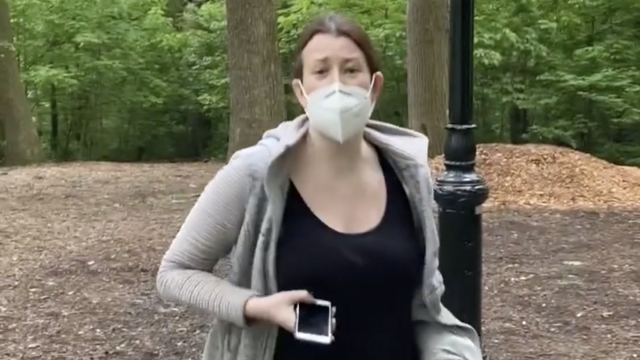 SMS
Second 911 Call Revealed In Racist Central Park Incident
By Matt Simon
By Matt Simon
October 14, 2020
Amy Cooper appeared for a hearing Wednesday but did not enter a plea on a misdemeanor charge of filing a false police report.
SHOW TRANSCRIPT

The White woman charged with making a false police report about a Black bird watcher in New York's Central Park made a second, previously unreported call.

That's according to a prosecutor, who said in court today Amy Cooper falsely claimed the man tried to assault her.

Cooper appeared by video for a hearing but did not enter a plea on a misdemeanor charge.

The 40-year-old Cooper was fired from her job after the incident came to light.

Her case has been adjourned for another month or so as prosecutors and Cooper's lawyer work on a potential plea deal.