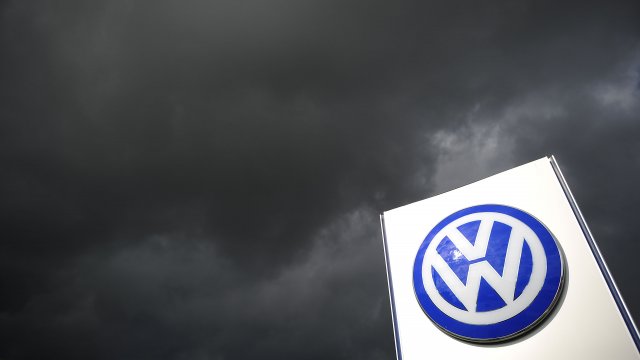 The U.S. Securities and Exchange Commission is suing Volkswagen and its former CEO in connection with the company's diesel emissions scandal.

In a press release Thursday, the SEC said it charged Volkswagen AG, two of its subsidiaries and Martin Winterkorn for defrauding U.S. investors.

The agency accused the German automaker of "raising billions of dollars through the corporate bond and fixed income markets while making a series of deceptive claims about the environmental impact of the company's 'clean diesel' fleet."

The SEC is looking to get permanent injunctions and civil penalties and recover ill-gotten gains from Volkswagen. The complaint also seeks to bar Winterkorn from acting as a senior officer or director of any corporation.

Back in 2015, Volkswagen was caught using special software to make its diesel cars appear to run cleaner than they actually did. The company admitted to rigging about 11 million diesel cars and was forced to pay billions of dollars in fines, recalls and settlements.

Volkswagen said in a statement to CNBC the SEC's complaint is "legally and factually flawed," and it will "contest it vigorously."