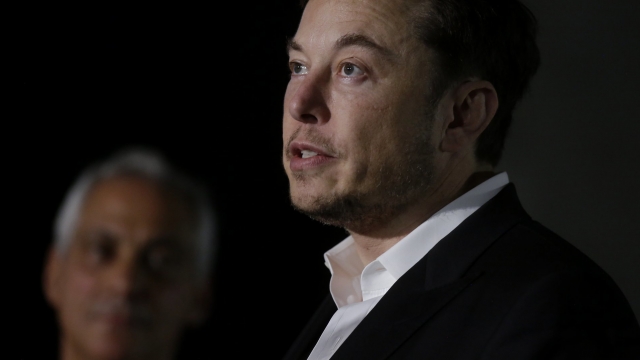 The Securities and Exchange Commission wants Tesla CEO Elon Musk held in contempt of court over a recent tweet.

In a complaint to a federal judge, the SEC claimed Musk violated his settlement agreement by publishing "inaccurate and material information about Tesla to his over 24 million Twitter followers."

The SEC says Musk violated his settlement agreement because he did not get company approval for the tweet. Last year, Musk settled with the SEC after the commission charged him with misleading investors when he tweeted he may take Tesla private. Musk was forced to step down as chairman of Tesla, pay a $20 million fine and get approval from an internal committee for all of his communications to investors — including tweets.

Musk responded to the SEC's complaint Monday in another tweet. He said the "SEC forgot to read" the transcript from Tesla's earnings call, which he says "clearly states 350k to 500k."

If Musk is found in contempt of court, he could be forced to pay a fine.