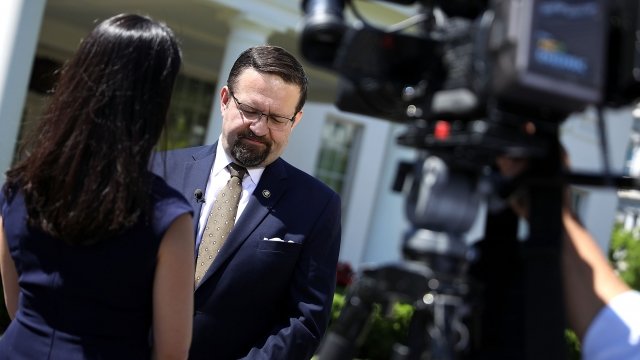 SMS
Sebastian Gorka Has An Active Arrest Warrant Out On Him In Hungary
By Casey Mendoza
By Casey Mendoza
January 18, 2018
The charge is related to firearms or ammunition, according to Hungarian police.
SHOW TRANSCRIPT

Sebastian Gorka has an active arrest warrant out for him in Hungary — and it isn't new. It was active when he worked at the White House.

A local outlet first reported the news on Thursday, saying the arrest warrant has been out since September of 2016. That's months before President Donald Trump took office.

The Hungarian law enforcement website cites Gorka for an alleged incident in 2009 relating to firearms or ammunition.

BuzzFeed reached out to Gorka, but the former White House staffer refused to comment. On Twitter, he called the news fake and said he moved to America in 2008 — one year before the alleged incident. 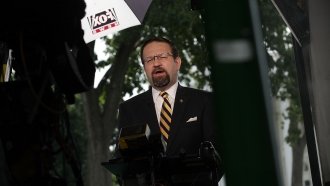 Gorka also seems to have run into issues with firearms in the U.S.

In 2016, he was charged with a misdemeanor for allegedly carrying a 9mm pistol at Reagan National Airport. The handgun was confiscated, but a judge later dismissed the weapons charge.

At that time, Gorka was working as a deputy assistant to the president, and later said in an interview he carried two guns and a knife with him every day.