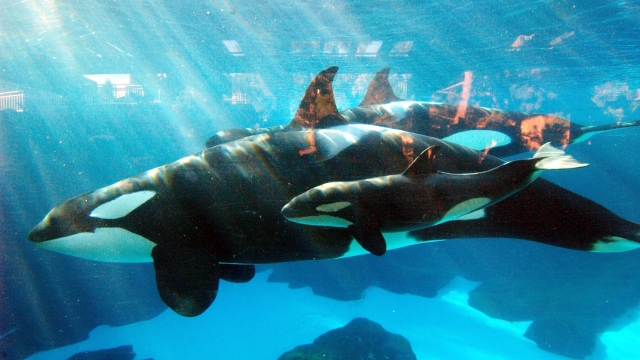 The "One Ocean" show has been a feature at the park for decades. Orcas perform tricks like jumping out of the water and splashing audience members.

But after years of backlash from animal rights activists — and a bottom-out in ticket sales — the park announced in 2015 it would be shutting down the Shamu show and starting a new educational program.

That program will be called "Orca Encounter," and it's billed as an educational experience that will show visitors natural orca behavior.

But a SeaWorld official says the whales will still take cues from trainers. The show will include the whales jumping out of the show pool and slapping their tails on the water — sound familiar?

And the director of the documentary "Blackfish," which illustrated how captivity can turn orcas violent, told CBS the show is meant to make people feel better, not the animals.

The educational program will be introduced at other SeaWorld parks in San Antonio and Orlando by 2019.