The Last Orca To Be Born At SeaWorld Just Arrived 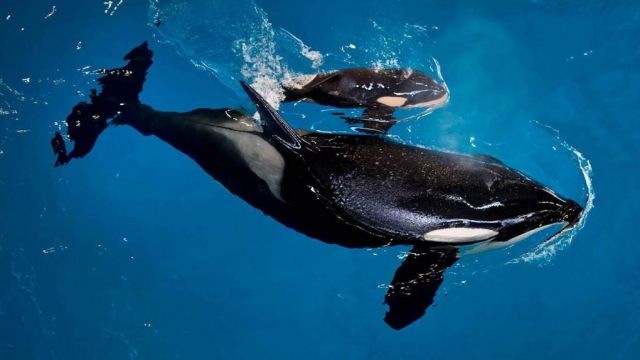 Takara the killer whale was already pregnant when SeaWorld announced it would stop its orca breeding program last year.

The last orca to be born at a SeaWorld park has arrived.

"This is an exciting and emotional day for us at SeaWorld and we are all so proud to share this new killer whale calf with the world, after a year and a half of planning, and observing and providing all the special care," Chris Bellows, vice president of zoological operations, said in a statement.

The change came after the 2013 documentary "Blackfish" highlighted SeaWorld's treatment of its orcas.

The film focused on an orca named Tilikum, who was involved in the deaths of three people. Tilikum died earlier this year.

After SeaWorld's 2016 announcement, California Gov. Jerry Brown signed a law making it illegal to breed orcas in captivity in the state. One of SeaWorld's parks is in San Diego.

The park will have its final show Sunday, but the whales won't completely stop doing tricks.

The gender of Taraka's calf hasn't been confirmed, and it has not been named yet.

The calf will be the last orca to live in SeaWorld's care. The company has not brought in an orca from the wild in decades.