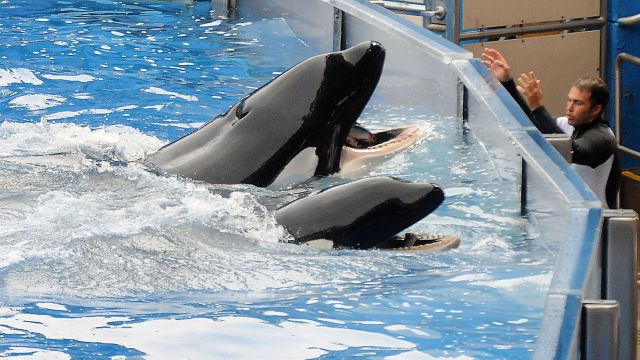 SeaWorld's reputation got another major knock Thursday. The company admitted employees from the aquatic theme park were instructed to pose as animal rights activists to get intel.

The issue surfaced last summer when People for the Ethical Treatment of Animals — or PETA — accused SeaWorld of sending in an undercover spy who attended protests and used social media to try to incite violence within the group.

SeaWorld put that employee on administrative leave, said it was investigating, and we all seemed to move on — until Thursday's quarterly earnings call rolled around and CEO Joel Manby owned up to the allegations.

Manby didn't necessarily apologize, but CNN reports he said, "This activity was undertaken in connection with efforts to maintain the safety and security of employees, customers and animals in the face of credible threats."

The nature of those threats is unclear. But it's no secret SeaWorld has received a lot of backlash in response to the 2013 documentary "Blackfish." So much so, the company announced plans to end orca shows in San Diego.

As for the employee PETA ousted? He's back at work with SeaWorld, but in a different department.

SeaWorld said its spying days are over. In response to the company's admission, PETA wrote on its website, "The tawdry Orca sideshows and despicable spying tactics are sinking SeaWorld’s ship."

This video includes clips from SeaWorld and images from Getty Images.