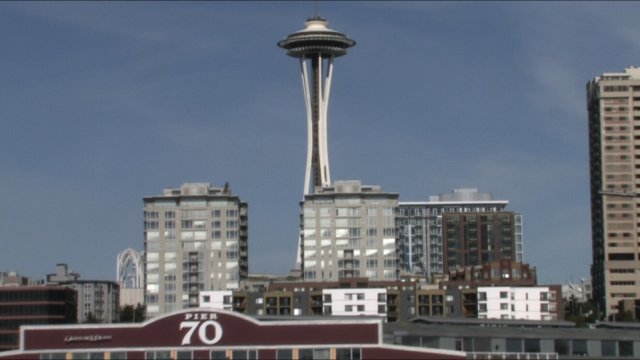 SMS
Seattle Just Created A New Tax — But Only For Its Richest Residents
By Gabrielle Ware
By Gabrielle Ware
July 11, 2017
Washington has been called the most tax "regressive" state in the country, but the city will now tax its richest residents.
SHOW TRANSCRIPT

Seattle just passed a measure to tax its richest residents. A majority of residents support the plan, but it will probably still get the city sued.

Following a unanimous vote, singles in Seattle making $250,000 a year or more and couples making double that will now have to pay a 2.25 percent income tax.

Seattle will be the first city in Washington to collect income tax.

But the tax could run afoul of the state's constitution, which says each type of property has to be taxed at one "uniform" rate. Proponents of the measure argue income doesn't count as property — and they need the state's Supreme Court to agree with them.

The Institute on Taxation and Economic Policy called Washington the "most regressive state" in the country in respect to taxation. Washington's poorest pay up to seven times more of what they have in taxes than the richest do. This "progressive" tax will take a higher percentage from the rich.

The mayor of Seattle called the move "a fight for economic stability, equity and justice." It's also a reaction to some of the cuts to services laid out in President Donald Trump's 2018 budget proposal.

The new tax is estimated to raise $140 million in revenue for the city.

Conservative think tank The Freedom Foundation says it plans on fighting the measure in court.