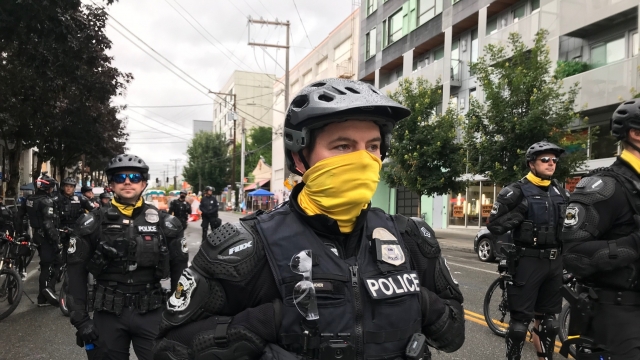 Known as CHOP, the zone several blocks long has been controlled by protesters following standoffs with law enforcement over racial injustice and the departure of police from Seattle's East Precinct.

The CHOP zone has received growing criticism in recent weeks with reports of violent crime and narcotic use. On Monday, a 16-year-old boy was killed and a 14-year-old was injured during a shooting in the zone. Earlier in the month a 19-year-old man was killed in a shooting there.

On Twitter Wednesday the Seattle Police Department said, "As of 9:25 AM, officers have made a total of 31 arrests for failure to disperse, obstruction, assault, and unlawful weapon possession. Police continue to provide perimeter security for city crews offering services and performing environmental cleanup."

The Seattle Times reported that at least 100 police officers equipped with body armor, batons, helmets and weapons moved into the CHOP zone and, as protesters backed away, some yelled, “We’ll be back.”