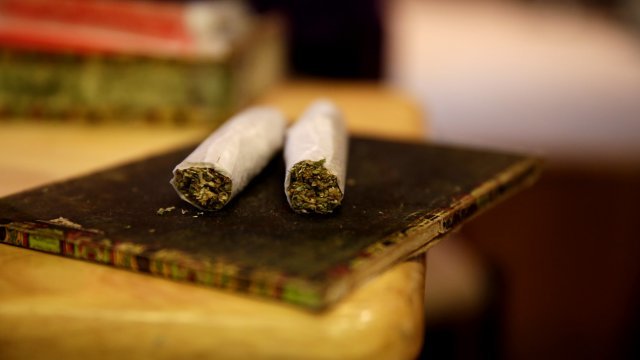 Mayor Jenny Durkan said the decision "is a necessary step to right the wrongs" of the war on drugs, which disproportionately impacted communities of color.

She also said: "For thousands of people in Washington state, a misdemeanor marijuana conviction had huge implications: It could be a barrier to housing, to getting credit, to getting good jobs and education."

Durkan also cited statistics from the Drug Policy Alliance. It said from 2001 to 2010, police in Washington arrested young African-Americans and Latinos 2.9 and 1.6 times the rate of whites, respectively, even though those groups used marijuana at lower rates than young whites.

A county prosecutor in charge of felony convictions said his department doesn't have the resources to erase all convictions. Officials said the misdemeanor convictions will be cleared automatically.