Sears Gives Chairman A Chance To Revise His Takeover Bid 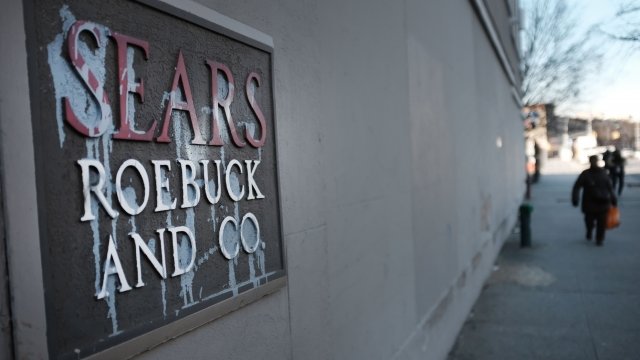 SMS
Sears Gives Chairman A Chance To Revise His Takeover Bid
By Ahmed Jawadi
By Ahmed Jawadi
January 8, 2019
​He's expected to submit a revised bid, along with a $120 million deposit, by Wednesday afternoon.
SHOW TRANSCRIPT

A bankruptcy judge is giving Sears' chairman another shot to buy the department store chain out of total liquidation.

Sears Chairman and former CEO Eddie Lampert submitted a $4.4 billion bid to save the bankrupt retailer back in December. The bid could potentially have saved hundreds of Sears and Kmart stores and about 50,000 jobs.

But Lampert's bid wasn't enough, and Sears was reportedly ready to ask a bankruptcy court for permission to liquidate on Tuesday. But after some last-minute negotiations, Sears agreed to give Lampert time to revise his offer.

He's expected to submit a revised bid, along with a $120 million deposit, by Wednesday afternoon. Sears will weigh Lampert's new offer against liquidation during a bankruptcy auction on Monday.

When Sears filed for bankruptcy in October, it said in court filings it had about 700 stores. Since then, it's announced it would close more than 260 stores.