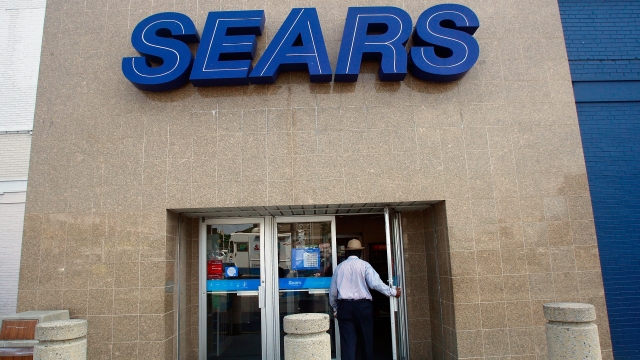 SMS
Sears Estate Sues Ex-CEO, Mnuchin For Allegedly Stealing Billions
By Ahmed Jawadi
By Ahmed Jawadi
April 18, 2019
​The lawsuit alleges "[Eddie] Lampert caused more than $2 billion of assets to be transferred to himself and Sears' ​other shareholders."
SHOW TRANSCRIPT

Sears Holdings Corp has sued its former CEO and U.S. Treasury Secretary Steven Mnuchin, alleging they stole billions of dollars of company assets prior to the retailer's bankruptcy.

Sears filed for bankruptcy in October. A hedge fund owned by former CEO Eddie Lampert managed to save the company from total liquidation after winning a bankruptcy auction earlier this year. But a group of creditors weren't too happy with that, arguing the company's liquidation was the best way for them to get back the money they're owed. Now, Sears Holdings has filed suit on behalf of those creditors.

The lawsuit, which was made public Thursday, alleges "Lampert caused more than $2 billion of assets to be transferred to himself and Sears' other shareholders and beyond the reach of Sears' creditors." The complaint names about two dozen defendants, including Mnuchin, who was an investor and board member at Lampert's hedge fund before he became the Treasury secretary.

The suit also says if the defendants hadn't "taken these improper and illegal actions, Sears would have had billions of dollars more to pay its third-party creditors today and would not have endured the amount of disruption, expense, and job losses resulting from its recent bankruptcy filing." As such, Sears Holdings is asking that the transfers be ruled "fraudulent" and that the creditors be compensated.

A spokesperson for Lampert's hedge fund called the allegations "baseless," saying "the debtors' allegations are misleading or just flat wrong."