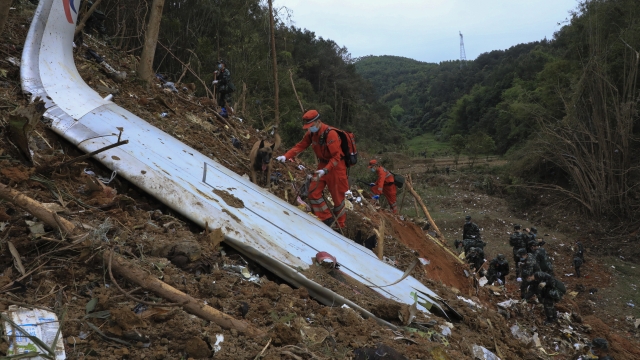 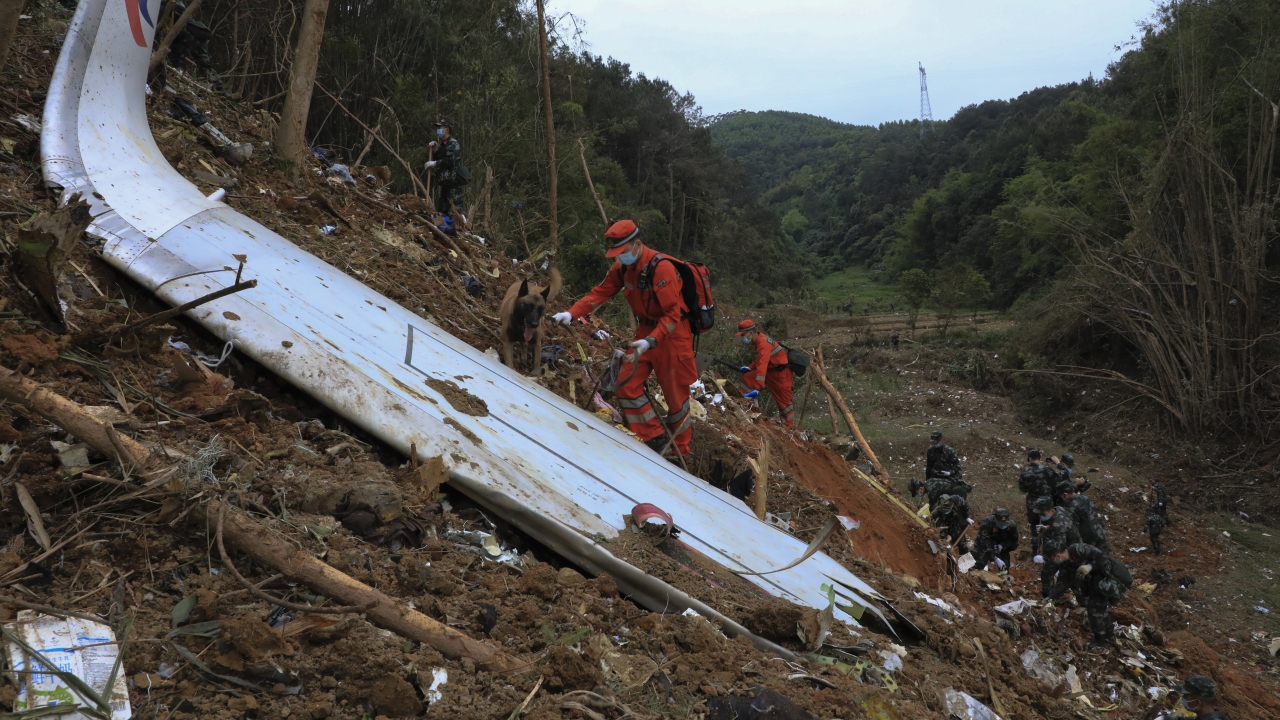 Hundreds of people in rain gear and rubber boots searched muddy, forested hills in southern China on Thursday for the second flight recorder from a jetliner that crashed with 132 people aboard. 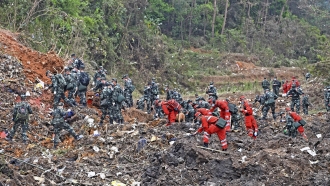 No survivors have been found since the China Eastern Airlines Boeing 737-800 dived into a mountainous area Monday during a domestic flight, but authorities say they still are looking.

Some human remains and engine parts were found, as well as items from the cockpit and some belongings to passengers, officials said. State TV showed searchers on a denuded slope trying to dislodge a white wing section with the airline's red-and-blue logo.

One of two black box recorders, believed to be the cockpit voice recorder, was found Wednesday. Its outer casing was damaged but the orange cylinder was relatively intact, investigators said. 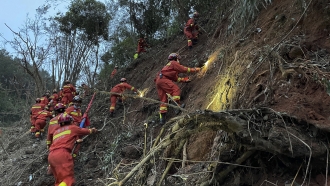 China Eastern, one of China's four major airlines, said Thursday the Shanghai-based carrier and its subsidiaries have grounded a total of 223 Boeing 737-800 aircraft while they investigate possible safety hazards.

China Eastern earlier said the grounding of planes was a precaution, not a sign there was anything wrong. The airline has said the plane that crashed was in good condition and its flight crew was experienced and in good health.

The plane that crashed was flying from Kunming, the capital of Yunnan province in China's mountainous southwest, to Guangzhou, a major city and export manufacturing hub in the southeast. Authorities say there were no foreign passengers aboard.

Investigators have said it is too early to discuss possible causes. An air traffic controller tried to contact the pilots several times after seeing the plane’s altitude drop sharply but got no reply, officials have said.

The government has yet to release the pilots' names, but news reports identified the captain as Yang Hongda. The co-pilot, according to news reports, was Zhang Zheng, a veteran with 32,000 hours of flying time in a 30-year career.

On Thursday, pumps were being used to drain a pit at the center of the crash site as light rain hampered work for a second day.

The Boeing 737-800 was cruising at 29,000 feet when it crashed, starting a fire that could be seen in NASA satellite images.

The government has sealed off a large area around the crash site and tried to control information about the disaster.

The "black boxes," usually painted orange so they can be easily found, are considered key to figuring out what caused the crash.