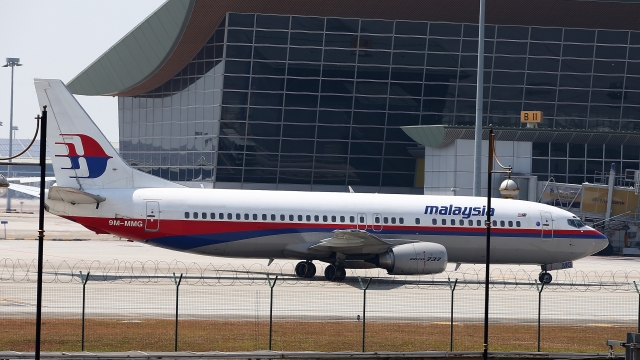 SMS
The Search For Missing Flight MH370 Might Have Been In The Wrong Area
By Ryan Biek
By Ryan Biek
December 20, 2016
Now, researchers say an area north of the current grid is likely where the missing Malaysia Airlines flight would be found.
SHOW TRANSCRIPT

Experts say the search for the missing Malaysia Airlines flight might have focused on the wrong area.

For more than two years, crews have been searching for MH370, which disappeared while traveling from Kuala Lumpur to Beijing with 239 people on board.

Underwater search crews have been combing through 46,000 square miles of the Indian Ocean, but after reanalyzing drift patterns and satellite communications, Australian researchers concluded the downed plane is probably in an area north of their current search grid.

SEE MORE: MH370 Was Out Of Control When It Descended Into The Ocean

Given where debris has been recovered and where crews have already searched, the report says that would be the last place the plane could be.

One ship is still looking for MH370, but its underwater mission is scheduled to end in January or February after it finishes searching that 46,000-square-mile patch of the Indian Ocean.

Australia's transport minister hinted that extending the search is unlikely because the researchers didn't give a specific location for the missing plane.