Search For Alien Life Just Got A $100M Boost 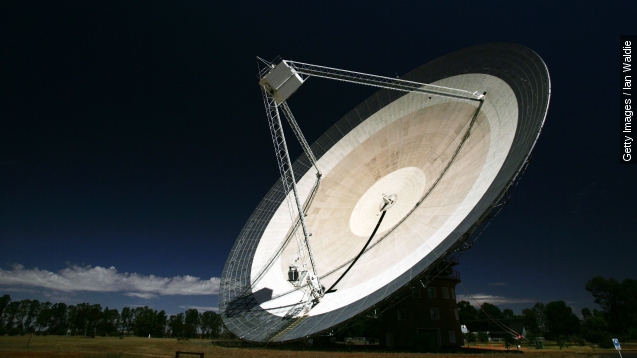 If you've always wanted an alien friend like E.T., don't give up hope just yet.

Thanks to the donation, researchers will scan the skies for chatter that could be coming from life on another planet. So, what does $100 million buy when it comes to hunting for aliens? (Video via NASA)

Two things: the first is observation time on the world's best radio telescopes. The Green Bank Telescope in West Virginia and the Parkes Telescope in Australia will be the new offices for a slew of researchers. (Video via National Geographic)

The giant telescopes will give the team access to 10 times more sky than previous efforts. Researchers hope to find noise in the otherwise "quiet zone" that is usually obscured by the Earth's atmosphere.  (Video via Commonwealth Scientific and Industrial Research Organisation)

Item No. 2 up for purchase: the technology to process the recorded data. Another team will set up shop at the University of California, Berkeley, to begin developing the necessary electronics.

Renewed interest in this project comes on the heels of the latest discovery from NASA's Kepler mission to find habitable planets. NASA found that planets orbiting in the "habitable zone" — where liquid water can exist — are more common than previously thought.

One of the researchers on the case, astronomer Frank Drake, said in a statement: "Right now there could be messages from the stars flying right through the room, through us all. That still sends a shiver down my spine. The search for intelligent life is a great adventure. And Breakthrough Listen is giving it a huge lift."

And if the effort fails and researchers don't find any aliens? Wired reports Milner says he'll throw more money in the pot.