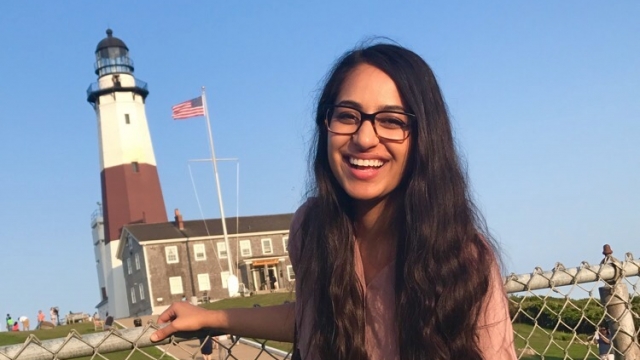 SMS
Journalist's Search For Bone Marrow Match Highlights Lack Of Diversity
By Cat Sandoval
By Cat Sandoval
February 14, 2019
A journalist's search for a bone marrow match that shares her South Asian ethnicity is highlighting the need for more diverse donors in the registry.
SHOW TRANSCRIPT

As journalists, we tell stories and some amplify marginalized voices.

… but it’s pretty rare that journalists become the story themselves. That's what happened to Los Angeles Times journalist Liyna Anwar when she was diagnosed with leukemia, a cancer that affects blood and bone marrow, in December of 2018.

Rahil Haneef: "She has a pretty aggressive form of leukemia, and so she's done several rounds of chemo right now."

Rahil Haneef is one of Liyna’s many cousins spreading the word that she needs a bone marrow donor by highlighting the lack of South Asians and other minorities in the donor registry. He spoke to us about the reality of Liyna's situation. 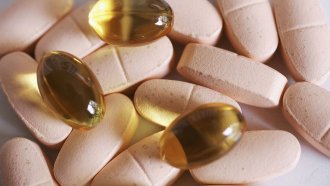 The FDA Is Cracking Down On Misleading Dietary Supplements

Haneef: "Once you start losing your hair, once you start to shave it off. … I think that was that drastic. For us, you know, her loved ones, being around, that was hard to see. For her, she's taken it with strides.

Liyna needs donated bone marrow to live. But not just any marrow -- it has to match her own. The chances of a match are higher if the donor shares her ethnic background. The problem is, of the 20 million people currently on the donor registry, just over 1 percent are South Asian like Liyna. And not a single one has matched with her. That’s why a campaign to get more South Asians and other ethnic minorities to register has taken off.

Julie Korinke is from Be the Match, one of the largest bone marrow donor registries in the world. She's worked directly with Liyna.

Korinke: "For South Asian patients like Liyna, the chance of finding a perfectly matched donor on the registry is only 38 percent. So that's why it's so important for us to work together to grow and diversify our registry, so that every patient has an equal chance of finding a match."

The lack of South Asians in the registry has prompted celebrities like Mindy Kaling and Hasan Minhaj to tweet #SwabForLiyna and encourage South Asians around the world to register. Mosques, restaurants and bookstores in Chicago and New York City have organized bone marrow registries. And Korinke says even though the hashtag has Liyna's name in it, it’s become a movement for others battling leukemia.

Korinke: "Liyna is thinking about every patient that needs a match, and the work that she's doing, the fact that she's inspiring so many people to join the registry, that's going to have a lasting legacy and help patients for years to come."

But this isn't just a problem for people of South Asian descent. According to the registry, the likelihood of finding a match is 77 percent if you're white. But if you're Asian, it’s 41 percent. And if you're African-American? Only 23 percent.

It's important that people of all ethnic backgrounds, especially those who are underrepresented on the registry, are joining at higher rates so that those same communities can improve their likelihood of finding a match on the registry." 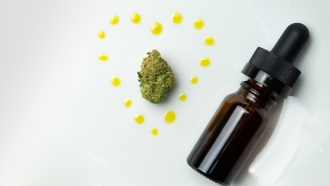 CBD Oil: Do We Really Need Cannabis In Our Coffee?

If you want to register, all you have to do is text “LIYNA” to 61474 or go to  Join.bethematch.org/Swabforliyna. You’ll get a free testing kit in the mail, and from there, just swipe the inside of your cheek with a cotton swab and mail it back. This took me less than three minutes to do.

Korinke says some people may be afraid to register due to a misconception that bone marrow extraction is excruciatingly painful. She stressed that anesthesia is used.

Korinke: "Yes, yes, there are needles involved. Yes, there may be a little bit of time and discomfort, but you can't put a price on saving somebody's life and the impact they can have on that person's entire family and network."

As of this broadcast, there is an urgent need for minorities to register. And for Liyna, time is of the essence.

Haneef: "She's, you know, running with it and owning it. And it's been — she's been our biggest rock."