Search Continues For 'Dangerous' Man Who Sent Manifesto To Trump 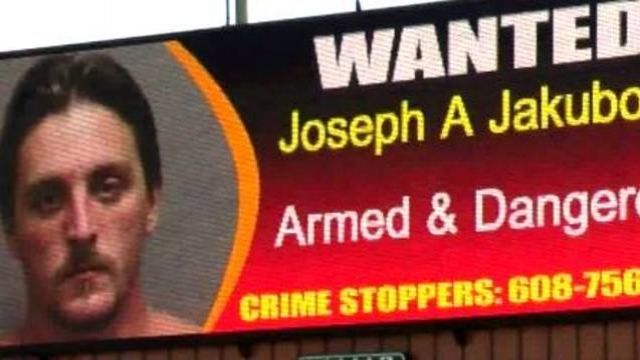 SMS
Search Continues For 'Dangerous' Man Who Sent Manifesto To Trump
By Jake Jones
By Jake Jones
April 10, 2017
Police say Joseph Jakubowski has threatened to use stolen firearms on public officials or a school. He also mailed a manifesto to the White House.
SHOW TRANSCRIPT

A man who police say burglarized a Wisconsin gun store and shipped a 161-page manifesto to President Trump has been on the run for nearly a week.

Thirty-two-year-old Joseph Jakubowski is suspected of stealing more than a dozen firearms from a local gun store before setting fire to his station wagon.

Now footage has surfaced of Jakubowski mailing a thick envelope to the White House; authorities say it was a copy of his anti-government and anti-religion manifesto.

"It's really a long laundry list of injustices that he believes that the government and society and the upper class have put forward on the rest of the citizens," Rock County Sheriff Robert Spoden said at a press conference.

"To anybody that got this letter, you might want to read it," Jakubowski says to the camera in a video of him mailing the envelope. "There it is. You see it's good sh**. Revolution! It's time for change." 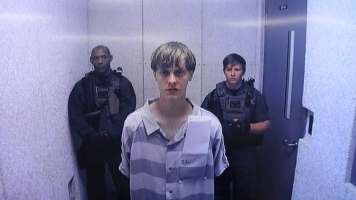 After a man matching Jakubowski's description showed up at a local church asking strange questions on Thursday, Sunday services were canceled.

Police say Jakubowski threatened to use stolen weapons against public officials or a school. That led the local school district to shut down on Friday.

Authorities say Jakubowski has had multiple run-ins with the law and should be considered armed and extremely dangerous.