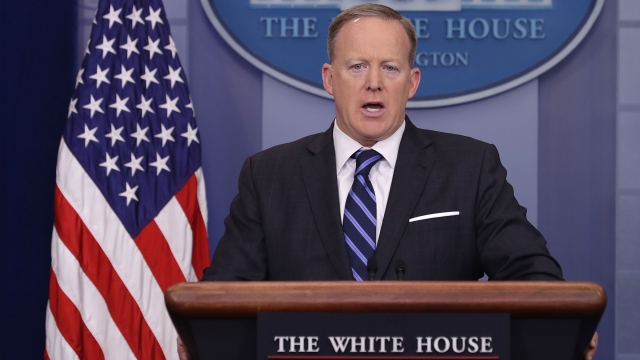 SMS
People Call For Sean Spicer's Firing After Hitler Comments
By Lauren Stephenson
By Lauren Stephenson
April 11, 2017
The White House press secretary made the controversial comments while answering a question about the alliance between Russia and Syria.
SHOW TRANSCRIPT

"You had someone as despicable as Hitler who didn't even sink to using chemical weapons," White House press secretary Sean Spicer said.

That comment from Spicer on Tuesday has been met with calls for his firing.

Spicer was responding to a question about the likelihood of Russian President Vladimir Putin "pulling back" his support for Syrian President Bashar al-Assad. Assad's regime launched a chemical attack on Syrian civilians last week, killing over 80.

According to the United States Holocaust Memorial Museum, some of the largest gas chambers held as many as 2,000 people at a time.

Some watching Spicer's briefing felt the comment downplayed the Holocaust, in which 11 million people — including 6 million Jews — were killed by Hitler and the Nazis. 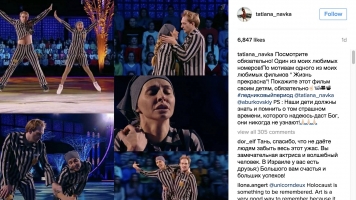 Spicer tried to clarify his comment later on in the press briefing — but it only made it worse.

"I think when you come to sarin gas, there was no — he was not using the gas on his own people the same way that Assad is doing. There was clearly — I understand your point. Thank you, I appreciate that. There was not — he brought them into the Holocaust center; I understand that," Spicer said.

The "Holocaust center" is more commonly known as a concentration camp or killing center, where millions of prisoners were worked, starved, shot and gassed to death.

"What I'm saying in the way that Assad used them where he went into towns, dropped them down to innocent, into the middle of towns," Spicer said.

Of course, there were millions of innocent people in the Holocaust, too. They were rounded up, stuffed into trains and sent to concentration camps. Many didn't even survive the train ride.

"It was brought — so the use of it, I appreciate the clarification there. That was not the intent," Spicer said.

Besides the comments themselves, the timing didn't help, either. They fell during Passover, an important Jewish holiday.

The celebration commemorates the Israelites' exodus from Egypt and freedom from slavery.

Spicer has since released a statement, saying in part: "In no way was I trying to lessen the horrendous nature of the Holocaust. ... Any attack on innocent people is reprehensible and inexcusable."