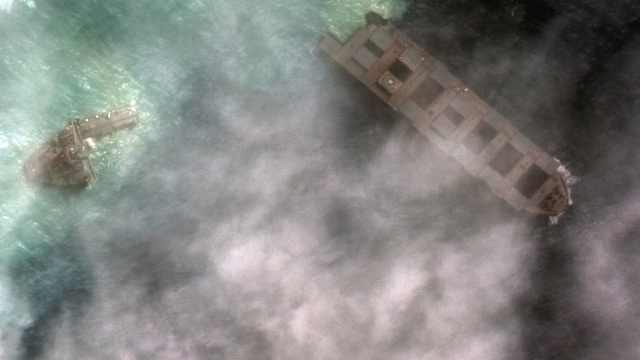 Dozens of whales, dolphins and sea turtles have washed ashore on the small island nation of Mauritius, following a massive oil spill in the Indian Ocean.

This comes five weeks after a Japanese tanker carrying thousands of tons of oil ran aground on a reef just off the coast. Environmentalists are demanding an investigation into the spill and its impacts on sea life.

The oil tanker broke into two parts 11 days after hitting the reef. It was deliberately sunk on Monday.