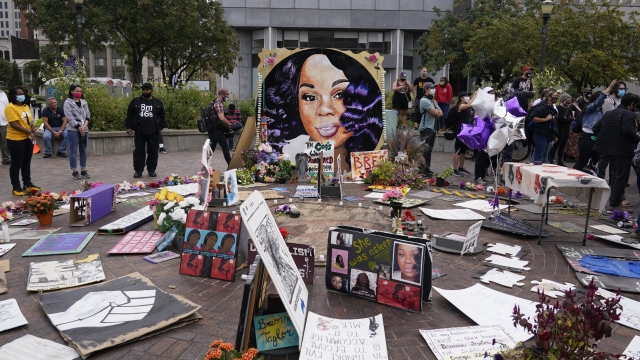 SMS
Sculpture of Breonna Taylor Destroyed In California
By Newsy Staff
By Newsy Staff
December 29, 2020
Police say they are investigating the damage to the statue which was installed just two weeks ago in Oakland, California.
SHOW TRANSCRIPT

A statue of Breonna Taylor in Oakland, California that was installed just two weeks ago was destroyed over the weekend. Police say they are investigating

Taylor, a 26-year-old Black woman, was fatally shot by police during a botched apartment raid in March, sparking protests across the nation against police brutality.