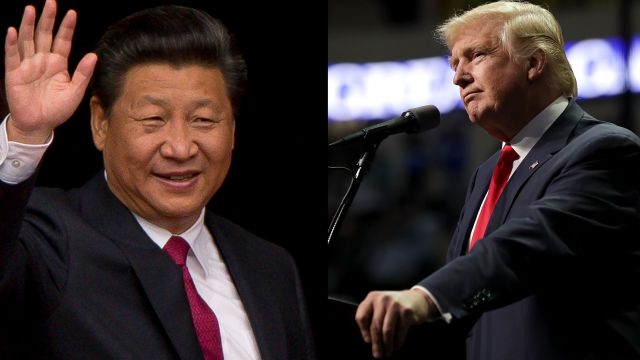 After Donald Trump's Taiwan call, his economic adviser told a radio station, "We ought to back our ally, and if China doesn't like it, screw 'em."

President-elect Donald Trump's surprise China-baiting phone call with the president of Taiwan has left his surrogates with two options: try to play if off as a non-issue or go all-in.

Vice President-elect Mike Pence told NBC, "This was a moment of courtesy ... not a discussion about policy."

But Trump economist Stephen Moore told WLS-AM 890, "We ought to back our ally, and if China doesn't like it, screw 'em."

As you might have guessed, that guy isn't on Trump's diplomacy team. Moore is an economic adviser to the Trump campaign, and he helped write the president-elect's tax policy plan.

Trump's decision to officially acknowledge the Taiwanese government is a sharp break from U.S. foreign policy, which holds that Taiwan and China are part of the same nation. China has issued a relatively mild rebuke to the U.S. over the call, but the issue of Taiwanese sovereignty is a particularly sensitive one for China's people.

But Moore's comments seem to accurately reflect the sentiment of both Trump and his incoming administration. Namely, Trump isn't worried about keeping the peace with China.

Trump has routinely accused China of economic cheating at the U.S.'s expense, and he all but promised to start a trade war with the country on the campaign trail. Tweaking the country's nose over Taiwan might set the tone for how Trump's administration will deal with China.

A story in The Washington Post paints Trump's phone call with Taiwan as a deliberate provocation planned months in advance. GOP pollster Frank Luntz told the Post, "Calls like this may upset the diplomats, but they communicate to Americans that he's not going to play by the same rules and isn't just talking differently, but will act differently."