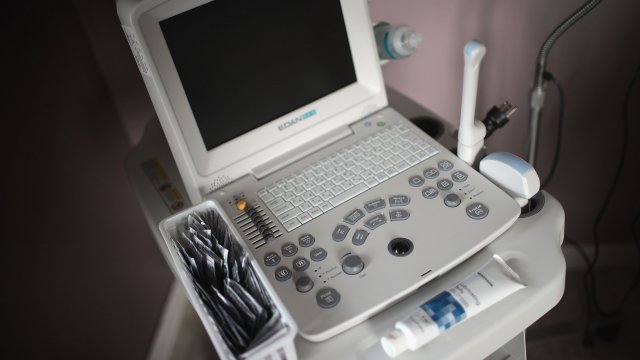 SMS
SCOTUS Rejects Alabama's Bid To Reinstate Ban On Abortion Procedure
By Briana Koeneman
By Briana Koeneman
June 28, 2019
The high court announced its decision to pass on the case Friday. The move lets an appellate court's ruling against the 2016 ban stand.
SHOW TRANSCRIPT

The U.S. Supreme Court decided not to hear Alabama's request to reinstate a ban on a procedure used in second trimester abortions.

The high court announced its decision to pass on the case Friday. The move lets an appellate court's ruling that knocks down the 2016 ban stand.

The procedure in question, known as dilation and evacuation, is the most common abortion procedure performed during the second trimester of pregnancy.

Last year, the West Alabama Women's Center sued to overturn Alabama's ban on the procedure. The organization argued that restricting access to second-trimester abortion procedures disproportionately affects a state's most vulnerable residents. The state refers to the procedure as "dismemberment abortion" and says it's "just as disturbing" as dilation and extraction — an abortion method that the Supreme Court allowed a ban on in 2007.

Now, this ban is different from an even tougher abortion measure that Gov. Kay Ivey signed into law back in May. That law makes it a felony for a doctor to perform an abortion at any stage of pregnancy unless the woman's life is at risk or the fetus has a "lethal anomaly." It's also currently facing legal challenges from the ACLU and Planned Parenthood.