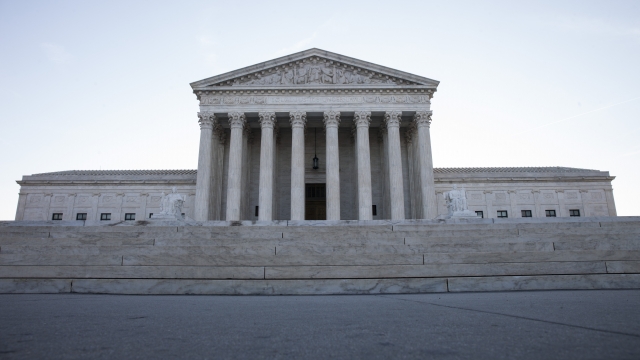 The law, which was signed by then-Gov. Mike Pence in 2016, required abortion providers to either cremate or bury the fetal tissue.

The U.S. Supreme Court voted to uphold a provision in an Indiana abortion law that governs the disposal of fetal remains.

The law, signed by then-Gov. Mike Pence in 2016, required abortion providers to either cremate or bury the fetal tissue.

A federal appeals court previously struck down the measure. But in a 7-2 vote, the Supreme Court reversed that decision, pointing out in an unsigned opinion released Tuesday that Planned Parenthood hadn't argued that the requirement imposes "an undue burden on a woman's right to obtain an abortion."

But the Supreme Court decided not to take up a different provision that would ban women in Indiana from seeking an abortion based on race, sex or disability of the child. Because it did not rule on the issue, lower court rulings blocking the provision as unconstitutional remain intact.

If the Supreme Court had chosen to rule on that last provision, its decision could have rolled back some of the abortion protections tied to Roe v. Wade, or another precedent-setting case, Planned Parenthood v. Casey.