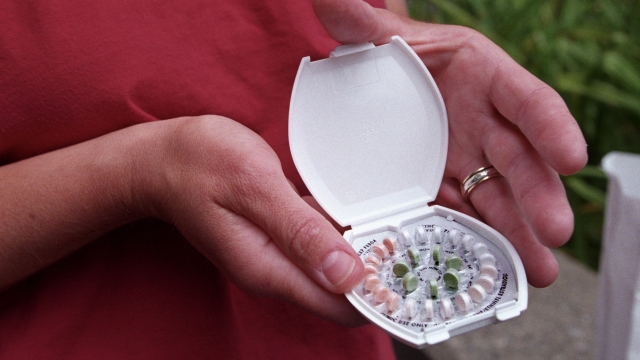 SMS
SCOTUS To Hear Appeal Over Obamacare Contraception Mandate
By Briana Koeneman
By Briana Koeneman
January 20, 2020
The Trump administration has fought to expand the types of entities that can refuse to cover workers' birth control for moral or religious reasons.
SHOW TRANSCRIPT

The U.S. Supreme Court will decide if employers should be allowed to refuse to provide free birth control coverage to their workers if they have moral or religious objections.

On Friday, the high court announced it would hear the Trump administration's appeal of lower court decisions that the administration could not relax the Affordable Care Act's contraception mandate.

That mandate requires most employer-offered health insurance plans to include birth control coverage with no out-of-pocket costs.

The Trump administration wants to expand the types of entities that can opt out of the mandate beyond churches and other religious organizations. It says doing so would protect entities and individuals with moral and religious beliefs on certain health care issues, like contraception.

But critics argue it could unlawfully prevent millions of women from getting preventive health care and give employers license to discriminate against female employees.

The Supreme Court will likely hear arguments in the case in April, and a ruling is expected by the end of June.