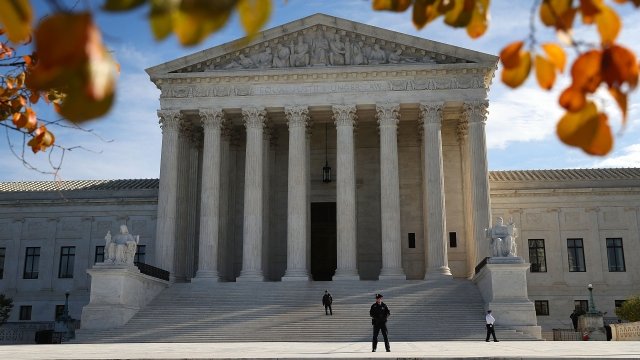 SMS
SCOTUS To Hear Arguments Related To Census Citizenship Question
By Ahmed Jawadi
By Ahmed Jawadi
November 16, 2018
The Supreme Court agreed to hear arguments on whether Commerce Secretary Wilbur Ross can be deposed and what evidence can be considered.
SHOW TRANSCRIPT

The U.S. Supreme Court agreed Friday to hear oral arguments related to the Trump administration's decision to add a citizenship question to the 2020 census.

Commerce Secretary Wilbur Ross announced the question in March. This prompted several lawsuits from across the country, with many saying its addition will discourage immigrants from taking the census and lead to inaccurate population counts.

Ross argued its inclusion was necessary to better enforce a provision of the Voting Rights Act. But a U.S. district judge said evidence contradicted Ross' argument and ordered him and other administration officials to explain their decision under oath.

The Trump administration argued Ross' deposition was unnecessary and that he'd already explained himself. The administration also asked the Supreme Court to delay the trial. And although the Supreme Court did block the lower court's ruling that Ross had to testify, it refused to delay the trial and said other government officials can still be questioned.

The Supreme Court will now rule on whether Ross can be deposed, as well as if and what evidence outside of the official record can be considered. The hearing is scheduled for Feb. 19.