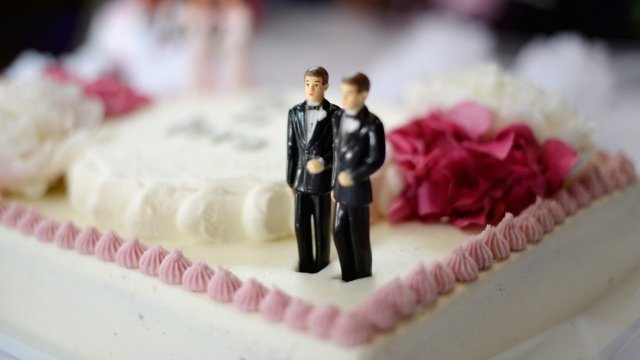 The case of a cake shop versus a same-sex couple is finally taking center stage at the U.S. Supreme Court, which will hear oral arguments Tuesday.

Back in 2012, the owner of Masterpiece Cakeshop in Colorado said he wouldn't make a wedding cake for a same-sex couple because of his religious beliefs.

Lower courts in the state ruled the baker violated the state's public accommodations law, which says businesses open to the public can't deny service to customers based on a variety of factors such as race, disability, marital status or sexual orientation.

The baker appealed, arguing his decision should be protected under the First Amendment.

The couple who filed the suit told Newsy's partners at KMGH that whatever the court's ruling ends up being, it'll have a sweeping impact across the country.