SCOTUS To Decide If DC Sniper Should Get New Sentencing 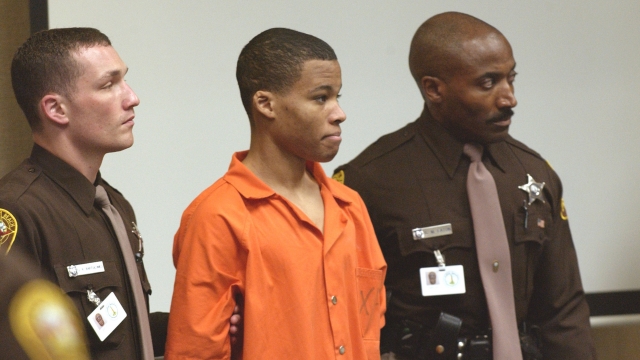 SMS
SCOTUS To Decide If DC Sniper Should Get New Sentencing
By Briana Koeneman
By Briana Koeneman
March 18, 2019
The U.S. Supreme Court will decide if one of the two gunmen who committed the Washington, D.C., sniper shootings should get a different sentence.
SHOW TRANSCRIPT

The U.S. Supreme Court says it will decide if one of the two gunmen who committed the Washington, D.C., sniper shootings should get a different sentence.

Lee Boyd Malvo is currently serving a life sentence for his role in the 2002 attacks, which left 10 people dead and several others injured. He was 17 years old at the time.

The other sniper was 25 years older than Malvo, and he was executed in 2009. Malvo, on the other hand, was given life sentences by courts in Virginia and Maryland.

But the Supreme Court's stance on juvenile murderers has changed since then. In 2012, the high court decided sentencing minors to life without the possibility of parole is unconstitutional. And a few years after that, a federal judge in Virginia threw out several of Malvo's life sentences because he was a minor at the time of the crimes.

Now, the Supreme Court has agreed to consider if that was the right move. It will take up the case during the nine-month term that starts in October.

But even if the high court decides that Virginia must resentence Malvo, he still faces life in prison without parole in Maryland — at least for now. He's also challenged his sentences there in federal court.