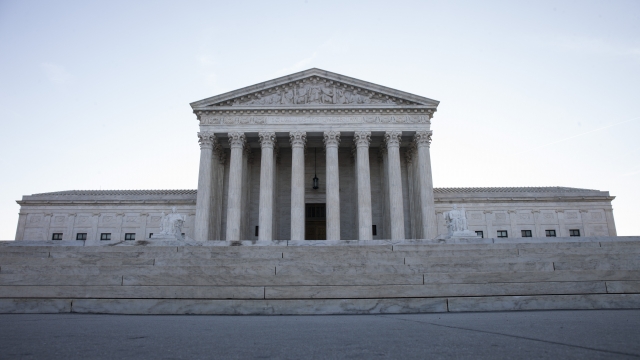 Supreme Court Justices will decide Friday whether to take up a climatologist’s defamation lawsuit against conservative magazine National Review.

First, some background: In 2009, private emails of some climate scientists, including Mann, a professor at Penn State University, were leaked. This leak resulted in allegations that some scientists were manipulating research numbers to support a more dire view of climate change. However, the university cleared Mann of wrongdoing in 2010.

In 2012, the National Review published a piece that quoted and linked to a post by Rand Simberg of the Competitive Enterprise Institute. Simberg compared how Penn State handled the allegations against Mann to how it handled allegations against former football coach Jerry Sandusky, who had recently been convicted of sexual misconduct.

Regarding Mann, the National Review piece said, "instead of molesting children, he has molested and tortured data."

Mann demanded that the accusations of data manipulation and misconduct be retracted and went on to take the National Review and Simberg to court, suing for defamation. The National Review argued that Mann was violating a D.C. law that aims to hold off lawsuits targeting speech on matters of public concern.

In 2016, D.C.’s Superior Court dismissed the National Review’s argument, and earlier this year the magazine appealed to the Supreme Court.

During this legal battle, the National Review has gained the support of both liberal and conservative groups who argue that failure to act could have a negative impact on debate over public policy. Mann maintains that he is seeking to protect his reputation “against false and defamatory statements” about his research, according to the Hill.