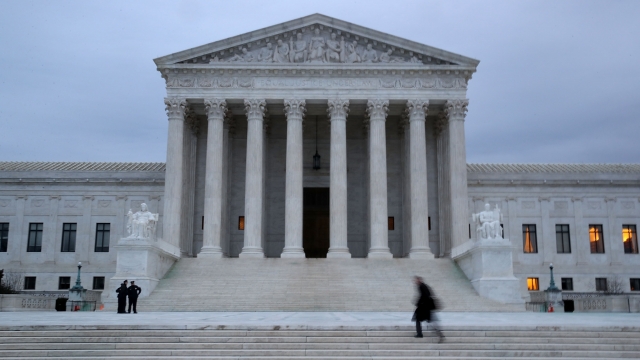 By Meg Hilling
October 8, 2019
The decision to toss out the challenge to Republican-drawn congressional districts falls in line with an earlier ruling on gerrymandering cases.
SHOW TRANSCRIPT

A challenge to Republican-drawn congressional districts in Ohio was tossed out by the U.S. Supreme Court Monday, marking the latest chapter in a handful of gerrymandering cases being addressed by the justices.

Democratic lawmakers argued that congressional districts from the 2012 electoral map were not lawfully drawn and therefore curtailed their political impact in the state.

In May, a three-judge panel in federal court ruled that Republican lawmakers had in fact manipulated congressional lines, calling for a redrawing of 16 House of Representatives districts ahead of the 2020 presidential election. But this latest decision by the Supreme Court means that won’t happen.

According to Reuters, the Supreme Court had put the panel’s ruling on hold ahead of its rulings in June in two gerrymandering cases from Maryland and North Carolina.

In those cases, the Supreme Court ruled that “partisan gerrymandering claims present political questions beyond the reach of the federal courts” in a 5-4 vote.

A pending appeal on a gerrymandering case from Michigan in the Supreme Court is anticipated to be handled the same way as this Ohio case, according to Reuters.