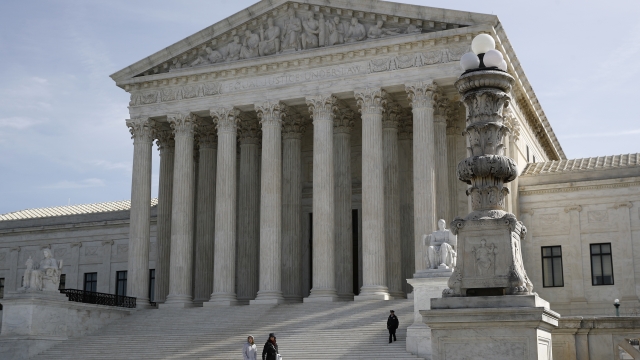 Juries in all 50 states are now required to reach a unanimous verdict in order to convict someone of a serious criminal offense.

On Monday, the Supreme Court overturned a 1972 ruling and extended the Sixth Amendment requirements for federal criminal trials to criminal trials on a state level. Louisiana and Oregon are the only states that allowed non-unanimous convictions, although Louisiana required consensus to convict on crimes committed in 2019 or later.

Monday's ruling addressed the 2016 conviction of Evangelisto Ramos. A Louisiana jury voted 10-2 to convict him of murder, and Ramos was sentenced to life in prison. But he argued his Sixth Amendment rights had been violated and that Louisiana law suppressed the votes of minority jurors.

According to the Supreme Court's opinion, Louisiana has been endorsing non-unanimous verdicts for serious crimes since a convention in 1898, and one committee chairman said the "purpose of that convention was to 'establish the supremacy of the white race.'" It also said "the convention delegates sculpted a 'facially race-neutral' rule permitting 10-2 verdicts in order 'to ensure that African American juror service would be meaningless.'"

Justice Neil Gorsuch, who wrote the opinion, also said Oregon's non-unanimous law is meant to "dilute the influence of racial, ethnic, and religious minorities on Oregon juries.” Gorsuch pointed out that Sixth Amendment calls for a "trial by an impartial jury trial." He wrote: "Whether it's the common law, state practices in the founding era, or opinions and treatises written soon afterward — the answer is unmistakable. A jury must reach a unanimous verdict in order to convict."