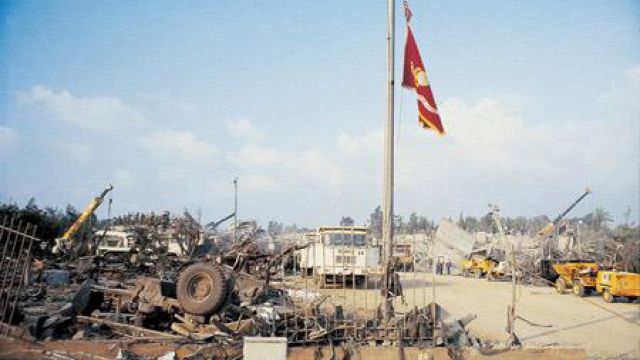 On Wednesday, the U.S. Supreme Court ruled Congress is well within its rights to funnel $2 billion seized from Iran's central bank to victims of the country's state-sponsored terrorism.

The case was brought to court by victims of the 1983 Beirut bombings, when two car bombs killed more than 300 people at U.S. and French military facilities in Lebanon. 241 U.S. service members, including 220 U.S. Marines, died in the attack; it's the biggest single loss of life in the Corps since World War II.

A federal district court held Iran liable for the bombings, and the plaintiffs sought to claim restitution in the form of frozen assets from Iran's Bank Markazi. In 2012, Congress pitched in by passing a law earmarking certain Iranian assets specifically for the case, which was settled a year later.

Rather than argue Iran's culpability, Bank Markazi instead accused Congress of overstepping its authority by passing a law affecting a single case — effectively compelling the courts to reach a specific verdict.

The judges rejected this line of argument 6-2, with Justice Ruth Bader Ginsburg ruling Congress has the authority to make courts "apply a new legal standard to undisputed facts."

This video includes an image from Ensie & Matthias / CC BY SA 2.0.