SCOTUS Rules Law Allowing Deportation For Convictions Is Too Broad 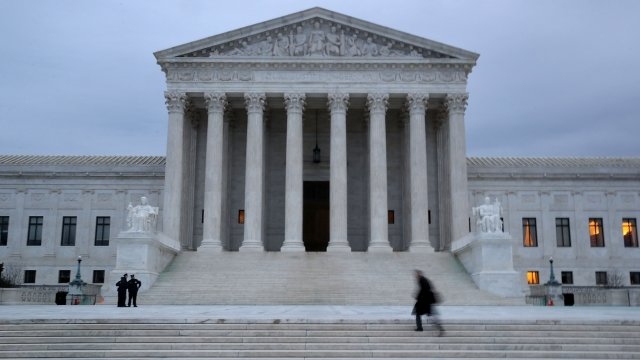 The Supreme Court ruled Tuesday a law that allows the government to deport immigrants convicted of certain crimes was unconstitutional.

The law allowed the government to deport immigrants convicted of "crimes of violence."

President Donald Trump's appointee to the court, Neil Gorsuch, sided with four liberal justices in the case. Gorsuch, whose vote broke a 4-4 tie from early 2017, said the law was too vague.

While Gorsuch is considered a conservative, his decision wasn't unexpected. It falls in line with the thinking of the late justice Antonin Scalia, whom Gorsuch replaced. The majority opinion pointed to a 2015 decision Scalia wrote. He died in 2016.

In Gorsuch's concurring opinion, he argued the vagueness of the law allowed "prosecutors and courts to make it up" and left people "in the dark."

The court's decision does not bar deportations for immigrants convicted of specific crimes like murder, rape or sexual abuse of a minor.