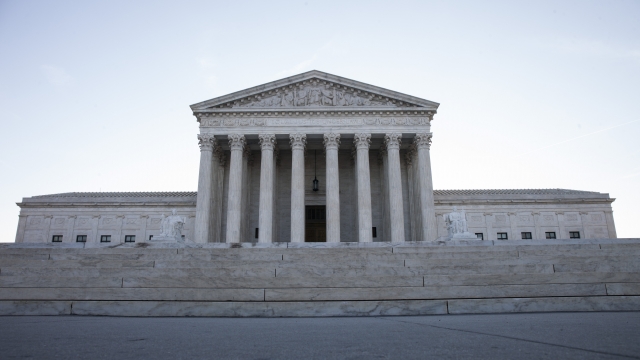 It stems from a case involving an Indiana man arrested on a drug-dealing charge. Police seized Tyson Timbs' Land Rover, saying it was part of the crime.

The maximum penalty for the offense was $10,000, but the car was worth $42,000. Timbs argued the seizure was disproportionate and excessive.

Wednesday's ruling sets a precedent that the Eighth Amendment's ban on excessive fines does, in fact, apply to states and local municipalities. That means they'll have a property value limit on what they can seize. That limit already applies at the federal level.

Advocates of the ruling hope it'll curb the practice of what they feel are excessive seizures. According to the American Bar Association, excessive fines and fees "disproportionately harm the millions of Americans who cannot afford to pay them."