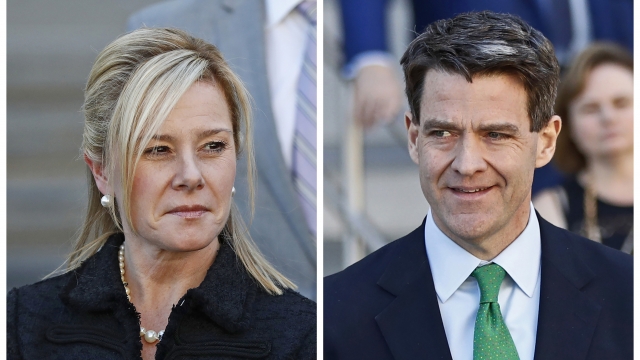 SMS
SCOTUS Throws Out 2 Key Convictions In 'Bridgegate' Scandal
By Johannah Grenaway
By Johannah Grenaway
May 7, 2020
The high court ruled that because their motivation was payback, not personal gain, they did not actually violate federal wire fraud laws.
SHOW TRANSCRIPT

Bridget Anne Kelly, a former aide to then-Gov. Chris Christie, and Bill Baroni, the former deputy executive director of the Port Authority of New York and New Jersey, were initially found guilty in 2016. They were sentenced to prison for engineering a shutdown of the George Washington Bridge — and using taxpayer-funded resources do so — that created an enormous traffic jam in Fort Lee, New Jersey.

On Thursday, Supreme Court justices wrote that Kelly and Baroni were deceitful, corrupt and abusive of their power while they "jeopardized the safety of the town's residents." However, the high court said, "not every corrupt act by state or local officials is a federal crime."

Since the officials' motive was "political payback" rather than personal gain, the justices ruled that they did not violate wire fraud laws, and it's therefore unlawful to criminalize their conduct.

The high court's opinion also addressed property fraud law. It said, "If U.S. Attorneys could prosecute as property fraud every lie a state or local official tells in making such a decision, the result would be ... a sweeping expansion of federal criminal jurisdiction."

Baroni was released on bond when the Supreme Court decided to hear the case, but he already served three months. Meanwhile, Kelly's sentence was already paused while the case was being appealed.