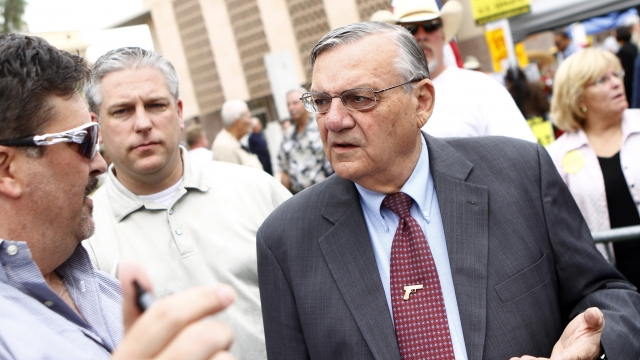 Arpaio was convicted of contempt of court in 2017 after ignoring a court order to stop what a judge ruled were racial profiling practices. He was later pardoned by President Donald Trump, clearing him of any possible sentencing.

Arpaio then tried to get the guilty verdict off of his record, too, but a district court judge denied that request. Arpaio appealed, and even had the backing of the Justice Department.

The appeals court ended up assigning a special prosecutor to the case, which Arpaio didn't agree with. He claimed the move was a violation of the separation of powers, and asked the Supreme Court to reverse the special counsel appointment.

Even though the DOJ supported Arpaio in the legal battle, the department still said justices shouldn't overturn that appointment. The high court ended up agreeing with that assessment.

In December, Arpaio filed a defamation lawsuit against several media outlets, claiming they published false information relating to his conviction.