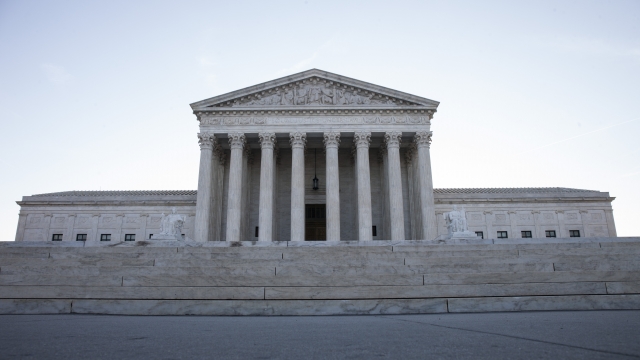 The Supreme Court has thrown out the most recent conviction of a death row inmate from Mississippi who said the state prosecutor engaged in racial discrimination when choosing jurors.

On Friday, the Supreme Court delivered its ruling in the case of Curtis Flowers, a black man who was tried six times and ultimately convicted in the 1996 murders of four people at a Mississippi furniture store. Flowers' lawyers argued that the white Mississippi prosecutor violated the Constitution with his peremptory challenges to jurors in Flowers' latest case. And, in a 7-2 vote, the high court agreed.

Justice Brett Kavanaugh, who wrote the majority opinion, said: "Equal justice under law requires a criminal trial free of racial discrimination in the jury selection process." He also wrote, "In the eyes of the Constitution, one racially discriminatory peremptory strike is one too many."

Justice Clarence Thomas disagreed, saying the court's decision "distorts the record of this case, eviscerates our standard of review, and vacates four murder convictions because the state struck a juror who would have been stricken by any competent attorney." But he said a "redeeming quality" of the ruling is that "the state is perfectly free to convict Curtis Flowers again."

Flowers could face another trial, depending on how the same Mississippi state prosecutor wants to proceed. In the meantime, Flowers will likely remain incarcerated.