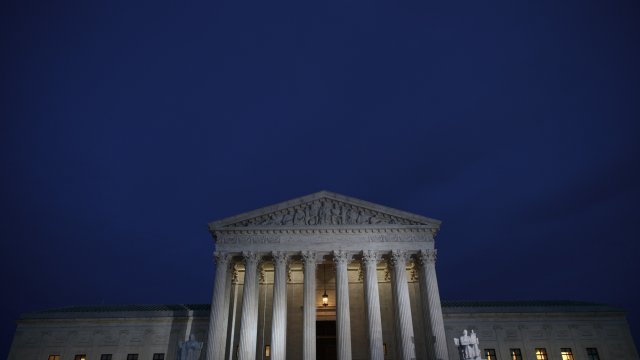 SMS
SCOTUS Makes It Tougher For Police To Search Cars On Private Property
By Gabrielle Ware
By Gabrielle Ware
May 29, 2018
The court ruled 8-1 that police likely need a warrant to search vehicles on private property.
SHOW TRANSCRIPT

On Tuesday, the U.S. Supreme Court made it harder for police to search vehicles on private property without a warrant.

The high court ruled 8-1 that police don't necessarily have the right to search a vehicle that's parked on private property adjacent to a home if they don't have a warrant. That applies even if they feel they have probable cause. The court said the Fourth Amendment's "automobile exception" allows officers to search vehicles without a warrant, but that that may not be the case if it's parked on private property.

The case began after police said one motorcycle was involved in two traffic incidents but managed to evade law enforcement. An officer later saw what appeared to be the same motorcycle in the driveway of a house. He entered the property, took a tarp off the vehicle, ran its license plates and confirmed it was stolen.

The driver was arrested and convicted for receiving stolen property. The Virginia Supreme Court ruled the search was justified.