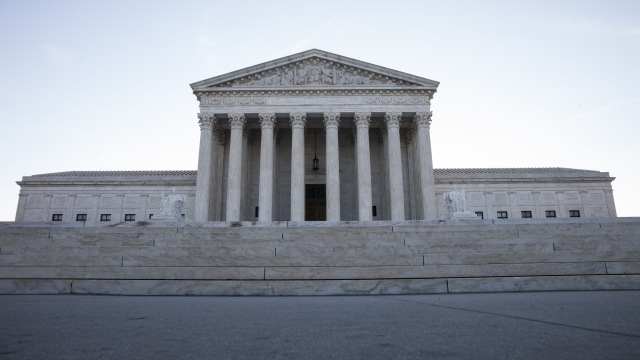 The Supreme Court is considering whether a Montana constitutional amendment should be allowed to block subsidies to religious schools. Justices heard oral arguments on Wednesday.

The case centers on a state program that offered tax credits for donations to groups that help fund scholarships to private schools. A Montana constitutional amendment bans state money from going to religious organizations, so tax officials later excluded religious schools from the program. That led to legal challenges, and ultimately the state's Supreme Court struck down the law entirely.

Now, a trio of Montana parents whose children attend a Christian school are asking the country's highest court to reinstate the program in full. They argue the provision in Montana's constitution violates their religious freedoms under the First Amendment — and several conservative justices appear to be on board with that argument.

Montana said the provision protects religious freedom, arguing it would prevent the government from gaining influence over religious schools. But critics fear it could have major implications when it comes to the separation of church and state.

In 2017, the Supreme Court ruled in favor of a church-run preschool in Missouri after a state policy banned it from applying to a grant program to resurface its playground. Justices Samuel Alito and Brett Kavanaugh argue the case should be governed by this ruling. But Justice Elena Kagan disagrees, arguing it's "a far cry" from that situation because the government funds in the Montana case would more directly fund a religious activity.

A decision is expected by late June.