SCOTUS Rules The Government Must Pay Obamacare Insurers $12B 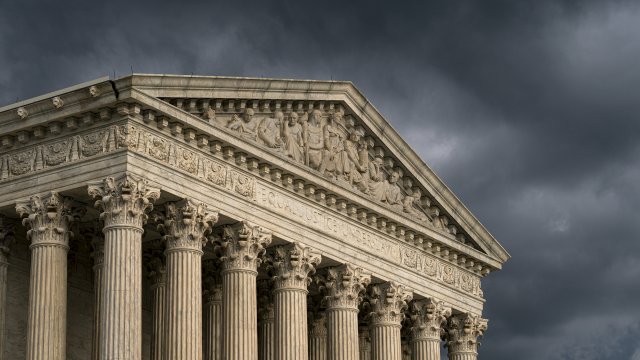 SMS
SCOTUS Rules The Government Must Pay Obamacare Insurers $12B
By Gage Jackson
By Gage Jackson
April 27, 2020
The Supreme Court ruled 8-1 that the U.S. must make good on a promise to help offset some insurance companies' losses under Obamacare.
SHOW TRANSCRIPT

The Supreme Court ruled 8-1 Monday that the federal government has to pay insurance companies $12 billion to cover losses under the Affordable Care Act.

A provision of Obamacare gave insurers a buffer, called "risk corridors," to offset potential losses they may incur in the first years that health insurance marketplaces were open.

And when the markets opened in 2014, insurers took big hits. Then in 2015, Congress approved a provision barring the Department of Health and Human Services from supporting the ACA with taxpayer dollars.

Supreme Court Justice Sonia Sotomayor wrote Monday, "These holdings reflect a principle as old as the Nation itself: The Government should honor its obligations."

Justice Samuel Alito cast the only dissenting vote. He called the payment a massive bailout for insurance companies.

He wrote: "Under the court's decision, billions of taxpayer dollars will be turned over to insurance companies that bet unsuccessfully on the success of the program."

Separately, several insurers have filed a class-action lawsuit over Obamacare, alleging the government broke its vow to to fund insurance companies for paying the medical bills of low-income customers.

Though Monday's ruling is expected to have little impact on Obamacare, the justices have agreed to hear a separate case later this year that questions the law's constitutionality.