Now That SCOTUS Filibusters Are Gone, Legislative Ones Could Be Next 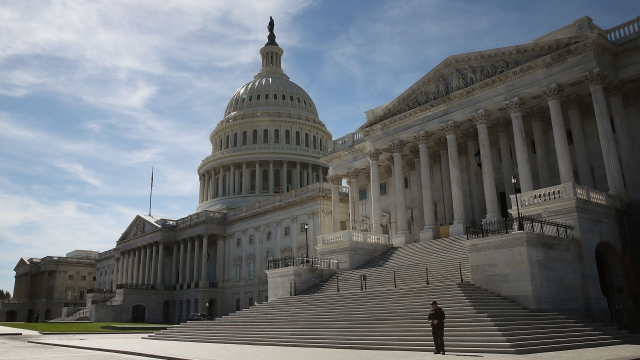 Republicans broke with Senate precedent Thursday by invoking the so-called "nuclear option" to end the filibuster of the nomination of Judge Neil Gorsuch to the Supreme Court.

Republicans changed the number of votes required to end debate on the nominee, from 60 down to a simple majority of 51.

It's led to concerns the nuclear option could be used on legislative filibusters.

Last week, Republican Sen. Bob Corker said, "If we continue on the path we're on right now, the very next time there's a legislative proposal that one side of the aisle feels is so important they cannot let their base down, the pressure bills, then we're going to vote the nuclear option."

Without the ability to filibuster legislation, both Republican and Democratic senators have said the Senate wouldn't be much different from the House of Representatives. And the Senate was designed to require more bipartisan consensus, as a counter to the House, which is more vulnerable to partisanship.

"There's no sentiment to change the legislative filibuster," McConnell said. 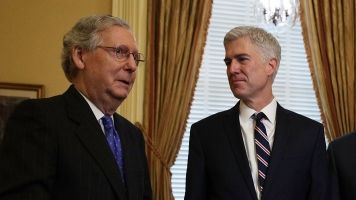 Cloture And The Nuclear Option: What To Know About The Gorsuch Vote

Even so, Politico reports Republican Sen. Susan Collins has been asking colleagues on both sides of the aisle to sign a letter to keep the legislative filibuster.

Pretty much every member of the Senate has lamented using the nuclear option for Gorsuch's nomination. But instead of owning up to it, it's resulted in a blame game.

"We are in a situation today because of a precedent set in November of 2013 by then-Majority Leader Harry Reid and his conference," Republican Sen. Mike Rounds said in a floor speech Tuesday.

Republicans say they were left no choice but to go nuclear because Democrats took the unprecedented step of filibustering a Supreme Court nomination.

In 1968, the Senate filibustered President Lyndon B. Johnson's pick to become chief justice. Unlike Gorsuch, Johnson's choice was already an associate justice on the Supreme Court.

Democrats argue they had no choice but to go nuclear in 2013 because Republicans were blocking many of President Obama's nominations. And when it comes to the Gorsuch nomination, they say Gorsuch is outside the mainstream.

"We offered them the option to sit down with Democrats — with we Democrats and the president and discuss a nominee who would earn enough bipartisan support to pass the Senate," Senate Minority Leader Chuck Schumer said Thursday.