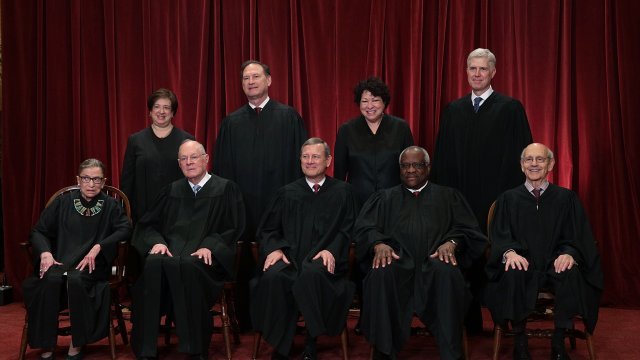 SMS
SCOTUS Rules Employers Are Allowed To Force Individual Arbitration
By Gabrielle Ware
By Gabrielle Ware
May 21, 2018
The Supreme Court ruled 5-4 that employers can bar workers from joining together to address certain disputes.
SHOW TRANSCRIPT

The Supreme Court ruled Monday that employers are allowed to require their employees to handle certain work disputes through individual arbitration.

The 5-4 ruling says those disputes may include those over wages. The Washington Post reports the decision might also apply to workplace discrimination complaints. Employees in those situations would not be allowed to enter into a joint action with coworkers to resolve their concerns.

Dissenters included Justice Ruth Bader Ginsburg, who said one-by-one arbitration would be expensive for employees and that "the risks of employer retaliation would likely dissuade most workers from seeking redress alone."

The ruling is considered a win for the Trump administration, which backed the employers in the case.

It was the first major opinion by Justice Neil Gorsuch, who was nominated by President Donald Trump.