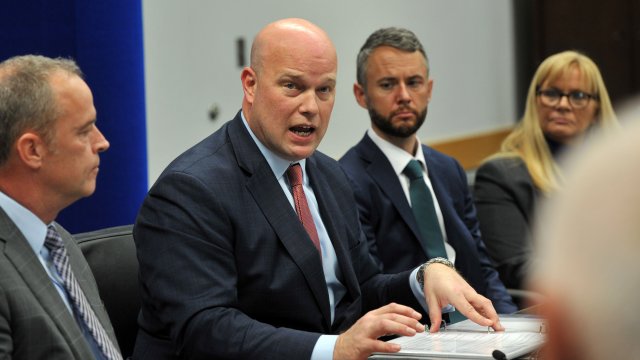 The Supreme Court announced it will not intervene in the appointment of acting Attorney General Matthew Whitaker.

President Donald Trump picked him to fill in after former Attorney General Jeff Sessions was forced out in early November.

Multiple lawsuits are fighting that appointment because Whitaker was not in a Senate-confirmed role in the Justice Department.

But the Supreme Court's decision on Monday actually came in connection to a case about felons' rights and the Second Amendment. That case is trying to argue that some felons should be allowed to own a gun if they become "law abiding, responsible citizens" after doing their time.

The first Supreme Court filing came in June. Then in November, after Whitaker's appointment, the petitioner filed a motion asking the court to consider the legality of him leading the DOJ.

The court denied the request to consider the second amendment question and the motion to weigh in on Whitaker's appointment.

The other lawsuits trying to block Whitaker from being acting attorney general are still working their way through the lower courts.